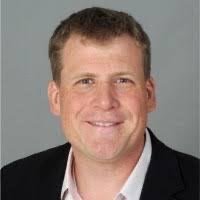 “I’ve used the same design of a red and blue background with large fonts for every race I’ve run,” Heroux said as he gestured towards his signs. “I guess you could say I am a bit of an election nerd.”

The 46-year-old Democrat is indeed no stranger to elections. Heroux was first elected as state representative in 2012 and then as the current mayor of Attleboro in 2017. Now, after winning a crowded primary election in September, he is set to face off against 25-year incumbent Sheriff Tom Hodgson.

Before entering politics, Heroux worked in the Philadelphia prison system as assistant to Commissioner Leon A. King. Subsequently, he was appointed by then-Gov. Deval Patrick to serve as director of research and planning at the Massachusetts Department of Correction. The experience of working in the prison system and as a mayor ultimately led to Heroux deciding to run for sheriff after declining to seek a fourth term.

“After my third and final term, I decided I was going to run for something else,” Heroux said. “I felt compelled to run because I have a more modern vision for our jail system.”

Heroux views the position of sheriff in Massachusetts as an administrative job rather than a crime fighter. He said his understanding of corrections, management as mayor, and electoral experience qualify him to seek the position.

The mayor also said Hodgson’s attitude as sheriff, acting as an individual who is tough on crime, distorts the meaning of the office.

Heroux cites Bristol County’s recidivism rates, which currently stands at 40% according to the Massachusetts Department of Corrections, as evidence against Hodgson’s record. Recidivism is when a person relapses into prior criminal behavior and may return to jail based on these behaviors.

“People getting arrested, going into jail and then getting released and then going to jail again, he’s not keeping people safe,” Heroux said. “Being a tough guy is not keeping us safe, the proof is in the numbers.”

Heroux said rehabilitation programs and discharge planning can help combat recidivism. On his campaign web site, he writes the three pillars of discharge planning are housing for the homeless, employment through education, and health care to combat drug addiction.

He acknowledged, however, explaining what a sheriff does and what he will do is no easy task. Hodgson has been sheriff for 25 years, and in a state where incumbents are often favored in elections, Heroux admits this race could be competitive.

Nevertheless, Heroux believes there is a path to victory. In recent visits to southern communities such as Fairhaven and New Bedford, the mayor has heard from voters dissatisfied with Hodgson and a desire for change. He has also earned large support from voters in the northwest area of the county, namely in Attleboro, Rehoboth, Norton, and North Attleborough. He is the first Democratic candidate from the northern part of the county to be nominated in the 21st century to run for sheriff.

Heroux is still canvassing and knocking on doors during the remaining months of the campaign, focusing on cities such as Fall River, and mailing flyers in both English and Portuguese.

“I won the entire south and the entire north. I did not win the central part,” Heroux said about the results of the primary. “Down south, Hodgson is not popular. It doesn’t matter that he is from New Bedford. They are ready for a change.”

Following the primary, one of Heroux’s opponents, former Somerset Police Chief George McNeil, endorsed him for the general election. The other opponent, Fall River attorney Nick Bernier, decided against endorsing or campaigning with Heroux as he claimed that the mayor was too left-leaning for Bristol County. He also accused Heroux of distributing negative fliers throughout the campaign and that he broke a promise during a debate by doing so.

Heroux pushed back against Bernier’s statements, describing himself as a Democrat who is fiscally responsible and touting his positive relationship with republicans in the city.

“I’m known for being fair,” he said. “Many Republicans in Attleboro know I am not an extremist. As a Democrat, I saved more money than all of the mayors in city history combined.”

Despite his opponents focusing on the past, Heroux said his eyes are looking towards the future. If he had to describe this campaign in one word, he said it would be: modern.

“I would like to make sure we are measuring what we are doing,” Heroux said. “If it works, we keep doing it. If it doesn’t we fix it. That is a modern way of being a sheriff.”