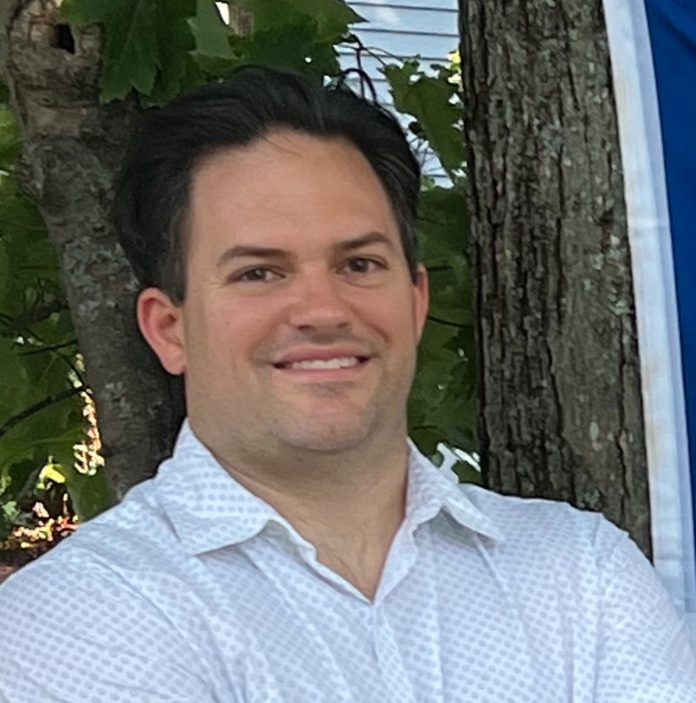 David Cannata wants to give voters a choice when they head to the polls on Sept. 6.

The lifelong North Attleborough resident is running a write-in campaign as a Republican for Representative in Congress for the MA-04 District. The seat is currently held by Jake Auchincloss, who is running for re-election. The goal is to get 2,000 or more votes, which would then add his name to the ballot for the Nov. 8 General Election.

Auchincloss has no challengers, which Cannata said inspired him to run this campaign. After the deadline for submitting nomination papers past on May 31, he found no one else was running.

Cannata is a political newcomer but has been making connections with local Republican Town Committees and on social media. He’s been following the political scene for years but only recently became a regular voter after listening to various podcasts and learning about world affairs.

“It was something I had never put myself into and once I did, I got myself hooked,” he said. “I really tried to understand the (political) atmosphere.”

The Congressional candidate isn’t the only one running a write-in campaign for a local race. Recently. Patrick McCue of Mansfield announced he was taking the same avenue to join the race for state representative, held by Adam Scanlon. To get on the Nov. 8 ballot, he’ll need to get 150 votes.

Cannata said that having a choice is especially important with candidates who were recently elected. After seeing their work, he said one can decide if they deserve another term. But if no one else is running, then there’s no alternative.

When asked about his thoughts on Auchincloss, Cannata cited the Congressman supporting President Joe Biden’s removal of Americans from Afghanistan, which he called “one of the single worst military actions taken in American history.” He’s also against Auchincloss’ position on restricting firearms and requiring additional background checks.

“The idea of universal background checks is not a good idea for the American people,” said Cannata. “All we’re going to do is restrict the law abiding citizens’ rights.”

Cannata pointed to a number of local issues, such as the 40-year inflation high, gas prices rising to over $5 a gallon, and “out of control” government spending. He said that voter integrity is another important matter, that reforms to the voting process are needed to ensure only America citizens can vote.

“It’s important as a bedrock to our society,” he said.