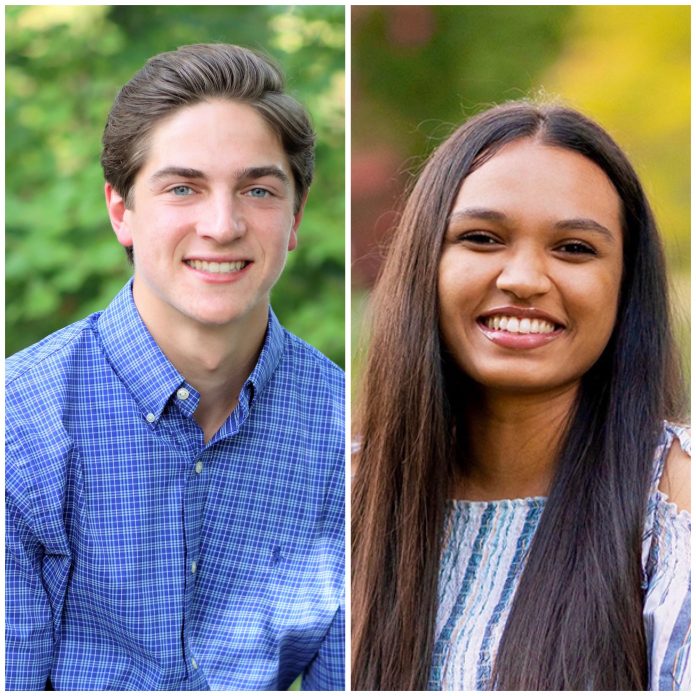 Joey Perriello is the son of Mike and Jodi Perriello. After four years of extraordinary academic achievement, Joey will graduate from North Attleborough High with a GPA of 98.76. Throughout his time in North, Joey balanced an extensive academic, extracurricular, and athletic schedule. He excelled in both AP and honors coursework, participated in football and baseball, and held various leadership positions in clubs and programs around the school. With regard to his notable accomplishments, Joey served as the Captain of the NAHS Model Senate, a Student Council class representative, and the President of the NAHS National Honor Society. Joey also served as a Best Pal for the NAHS Special Education Department and worked to co-found an annual fundraiser for social justice. After graduating from NAHS, Joey plans to attend Harvard College, where he will study Economics and Applied Mathematics.

Krithika Mood is the daughter of Radha and Murali Mood. After four years of extraordinary academic achievement, Krithika will graduate from North Attleborough High with a GPA of 97.77. Throughout her time at North, Krithika excelled in each of her classes, many of which were high level honors and APcourses. In addition to extraordinary levels of success within her courses, Krithika fully engaged in significant extracurricular activity including her roles on the tennis and swim teams and as Vice President and member of the Math League and Biology Clubs. Krithika also created the NAHS Success Website, served as a High School Helpers Board Member and club member while also earning a place in the North Attleborough High School National Honor Society and World Language Honor Society. After graduation from North, Krithika plans to attend Tufts University where she will major in biology as part of a pre-med pathway.

Superintendent says response to air-soft gun incident will be reviewed