Though his time as Chief Executive Officer of the Hockomock YMCA will soon come to a close, don’t be surprised to see Ed Hurley continue to roam the halls.

Hurley—who has been CEO of the Y for the last 28 years—recently announced his intention to retire this March. He said the decision is one he’s pondered for awhile, and the last year has been a challenging one personally.

Post-retirement, Hurley hopes to spend more time with his three children and three grandchildren. During this interview, he was in Florida visiting family, and wants to travel more with his wife once it becomes safer to do so. He doesn’t plan to move, though, saying that North Attleborough would always be his home, and would like to remain involved with the Y.

“My best friends in the world are people I met at or through the YMCA,” he said.

The YMCA has a succession plan in place for all its staff, and once Hurley steps down, Chief Operating Officer Jim Downs will take on the role. Hurley said that it was clear to him and the Y’s board that Downs was the person for the job and there would be continuity once he took over.

“The Y’s gonna have an amazing leader in Jim Downs,” said Hurley. “I know the Y is in a good position right now—it’s all in place and not gonna miss a beat.”

Carrying on a legacy

Downs said that when Hurley joined the Y, membership was between 2,000 and 3,000. Today, it’s nearly 30,000. He added that the North Attleborough location and those around it have seen constant growth over the years. Downs said that Hurley’s legacy is one of meeting the needs of the communities. When COVID hit and closed the doors of countless organizations, Hurley said they needed to remain open, both as a food provider and for emergency childcare.

“We were not doing that in the past, and he knew the need was there,” said Downs.

Looking ahead, Downs said a strategic planning process will be done to carry the Y through to around 2024. One focus will be on increasing membership, which dropped around 50 percent during the early days of the pandemic. Currently, it’s around 75 percent of what it was pre-COVID.

“Our youth program numbers and camps and childcare have increased through COVID, which has been great for the organization,” he said. “Camp numbers over the last summer are the best in the history of the Y.”

It was in 1993 when Downs joined the Hockomock YMCA as a team director, around the same time as Hurley. He’s worked with different branches, such as the Foxboro one when it underwent a major renovation and expansion. He joked that he’s been promoted more times than Hurley, who was CEO the entire time he was in North Attleborough.

“He was articulate and could inspire others to be better,” said Downs. “Creating opportunities for the future was something he was good at.”

Working for the Y was Hurley’s first job out of college, and he joked that Worcester YMCA CEO Neil Nicoll was the one to take a chance and offer him a job in 1986. Nicoll would go on to become CEO for the YMCA of USA and is now retired.

“He’s been a mentor and a dear friend,” said Hurley.

After seven years in Worcester, Hurley was hired as CEO of the North Attleborough YMCA, a decision he never looked back from. One of the best parts of the job, said Hurley, was the friendships made over the last 28 years, but he also values the relationships made with the schools and other organizations. Years ago the YMCA partnered with the schools so the gymnastic and swim teams could hold meets there.

The physical location has also undergone changes. Twenty years ago, Tom Kimbrel and Joan Morse co-chaired a massive renovation campaign, and Hurley said this was used as a model for the Franklin location.

“We continue to add more space,” he said of the Hockomock Y.

The Y has launched countless programs over the years, and Hurley cited the Reach out for Youth Campaign, which provides confidential financial support for families in need to become members. There’s also the Integrated Initiative program for special needs children, a golf fundraiser with the New England Patriots, and others which began during Hurley’s tenure. During the pandemic, the YMCA started a massive food outreach to provide for those impacted by COVID and continues to do so to this day.

“The great thing about the Y,” he said. “What does the community need and how can we help.” 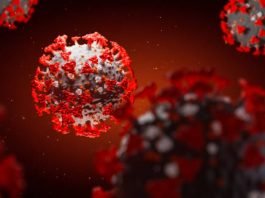 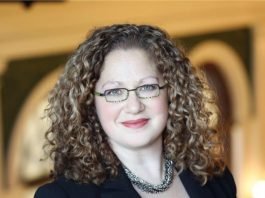 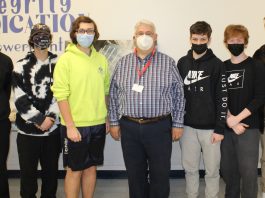