That’s the number of children in need that Attleboro-based Christmas is for Kids will seek to provide gift bags for to ensure they can have a happy holiday season.

Started in 1983 and run under the Greater Attleboro Area Council for Children, the nonprofit fulfills wishes sent by families in need in Attleboro, North Attleboro, Norton, Plainville, Seekonk and Rehoboth. Chairperson Kelly Fox said the several hundred area children that they expect to help isn’t caused by the pandemic. In fact, it’s fairly consistent with the numbers seen in pre-COVID times.

“The number doesn’t seem to budge,” said Fox, who began volunteering since 1994 and has chaired the program since 2006. “These kids are invisible. They’re in school and they’re around, but they don’t say anything.”

Though the pandemic didn’t increase the number of applicants, the volunteers have had to be reduced. Fox said that around 100 people offer their time each year, either collecting gifts or sorting through donations. But last year that had to be cut down to 50, excluding those under 18 and to allow for social distancing. Fox said that not having the teens around made for a challenge, as they’re more in tune with what the children may want.

“The energy they bring in is so positive and fun,” she said.

The application process is fairly straightforward, asking for information such as income, any benefits received, and rent paid. A state ID or driver’s license is required, and Fox said they check to see if the applicants are actually the child’s parents. Fraud attempts are rare, but sometimes an aunt or grandparent will attempt to use the program to get a gift.

“The people who review the applications are like detectives,” said Fox. “Anyone caught cheating are permanently denied.”

Another part of the application is the child’s wish list. The gift needs to be $75 or under, and details such as sizes, favorite colors, and others are included. There is also a section for what type of book the child would want, and information such as favorite author or genre can be included. The gifts are bought using monetary donations, or donors can ask to be matched to a child. Gift bags are made and include books, new clothes, a winter coat, winter boots and toys.

Fox said it’s key that the child get a gift that they want, as opposed to a random toy or clothing. In addition to the gift, Christmas is for Kids will connect with area businesses. For example, if a child wants an instrument, the nonprofit would reach out to a music school to arrange free lessons.

Fox said that children in this program aren’t unaware of the challenges their families face. Some live in shelters and many get food from area pantries. Getting a gift through the program lets them know that they are not forgotten and gives them a sense of dignity.

“It’s a great equalizer,” she said. “They get gifts just like their friends. Program like this are highly impactful.” 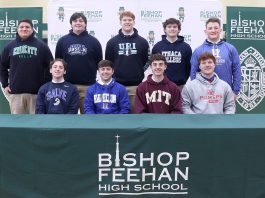 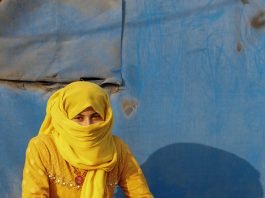 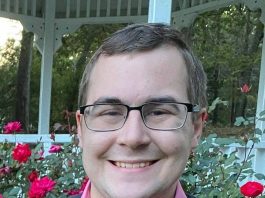