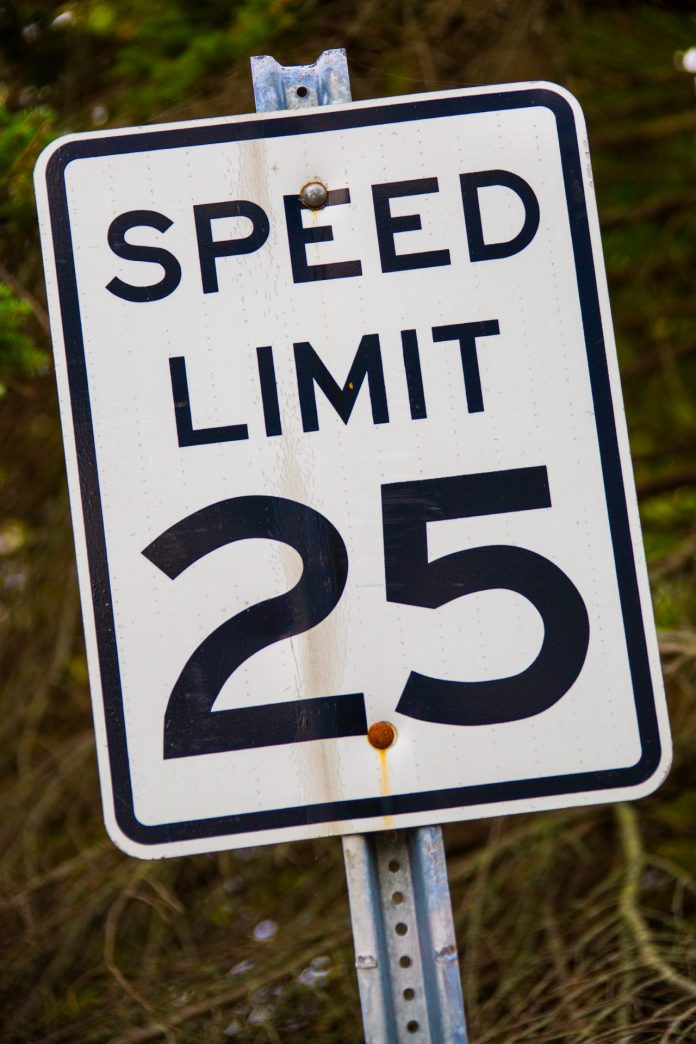 Town Council has voted to adopt a state law that would allow a speed limit of 25 MPH to be set on different streets.

According to Mass.gov, cities and towns can opt-in to Mass General Law Chapter 90, Subsection 17, reducing the statutory speed limit from 30 to 25 MPH in thickly settled or business districts. The law defines a thickly settled or business district as “the territory contiguous to any way which is built up with structures devoted to business, or the territory contiguous to any way where dwelling houses are situated at such distances as will average less than two hundred feet between them for a distance of a quarter of a mile or over.”

The Town Council and Bylaw Subcommittee agreed that a different approach was needed—residents would file a petition with the Traffic Study Advisory Group, after which it would go before the council for final approval. This was done because while some areas qualify as thickly settled, they are rarely the site of accidents.

Kevin O’Donnell, a resident of S. Washington Street, went before the council to speak on behalf of the neighborhood. He said over the last year, three accidents happened, one of which ended in a death. O’Donnell said that people coming off Routes 1 and 295 add to the problem, and if a delivery truck is parked on the side of the road, it becomes a one-way street.

O’Donnell added that he has 35 signatures from S. Washington Street residents who are worried about speeding vehicles.

“Lot of residents are concerned about the speed limit,” he said. “We want to have a good discussion about it.”

Andy Shanahan, who sits on the council and the subcommittee, said adopting the law was brought forth by several departments. In addition to a petition, a number of abutters would need to agree that the speed limit change was needed. Route 1 past CVS and Broad Street are among the areas being looked at as potential roads that could benefit from a speed limit of 25 MPH.

“We didn’t want a single person to change things, we didn’t want to apply this town-wide,” he said. “We felt there was a good system of checks and balances.”