Mitchell—who founded Read with Malcolm and the Share the Magic Foundation to help children through literacy—partnered with Patriot Subaru of North Attleborough for 2021 North Attleboro Community Reading Day for second grade students throughout the district.

Mitchell and employees from Patriot Subaru went to each of the town’s five elementary schools on Tuesday, Oct. 26, to deliver copies of his new book, “My Very Favorite Book in the Whole Wide World.” At the schools, Mitchell spoke to the children about their potential, that they can do whatever they want to do. Mitchell was a wide receiver for the New England Patriots from 2016-2018 until a knee injury brought his football career to a close. Following this, he became a children’s author.

“It’s important that you read,” said Martin during his visit to the Martin Elementary School.

Mitchell’s newest book is about a child named Henley who hates to read who is given the hardest assignment ever: find his favorite book. Growing up, he was terrified of reading but realized that if he practiced he could get better at it.

“It’s important to do the best you can,” he said.

Each second-grade student received a hardback copy of “My Very Favorite Book in the Whole Wide World,” purchased by Patriot Subaru. The schools also received a teacher’s guide and activity sheets. In 2019, a similar event was held for Mitchell’s other book, “The Magician’s Hat.” During Tuesday’s presentation, Mitchell took quetions from the audience, which ranged from his time on the Patriots to what he likes to read.

“As a writer, I looked at what story would inspire others,” said Mitchell. 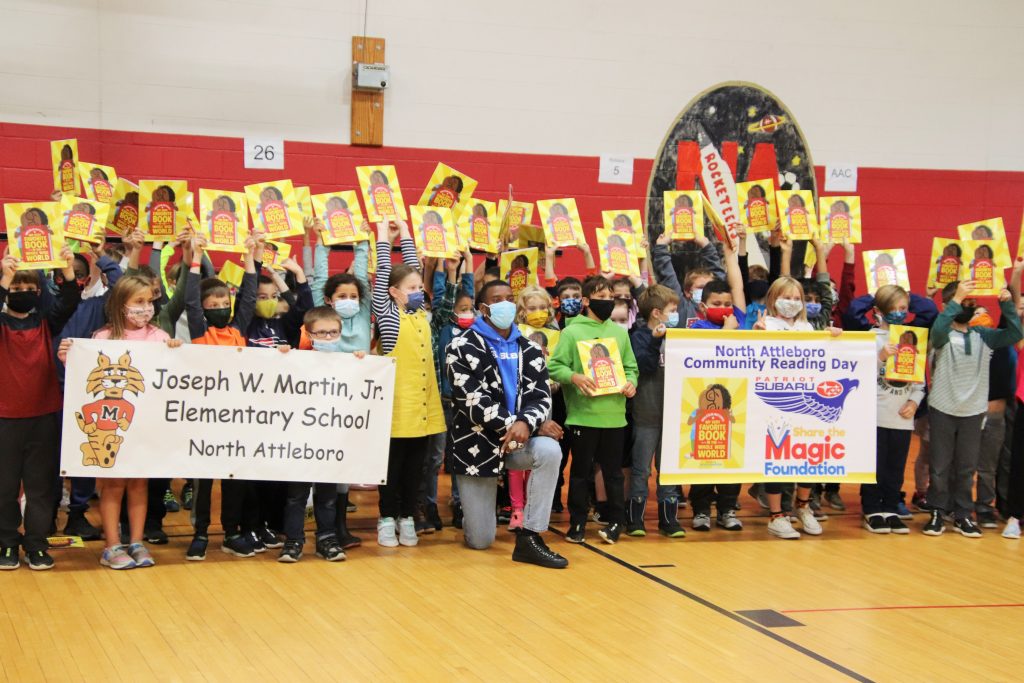