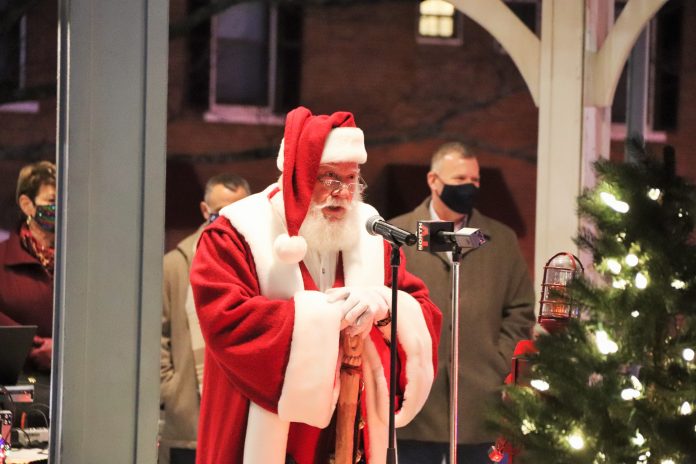 Grand Marshal nominations are now being accepted. Nominations should be a person or group who has strong ties to the community and/or may be an unsung hero whose story should be told. The Grand Marshal will lead the parade and help give out the float awards. Previous Grand Marshals include the Cornetta Family, Kristine and Larry Crosman, Kevin and Betty Poirier and family members of Edward G. Lambert who was longtime chair of the parade. Nominations, with an explanation no longer than 500 words, may be made by email to downtownassociates@gmail.com or mailed to DANA, PO Box 407, North Attleboro, MA 02761. The deadline is Monday, Nov. 1.

This year there will be three “Spirit of Christmas” float awards. The winners will be selected by an impartial panel of judges comprised of town notables and parade sponsors. Prizes awarded will be $300 for first place, $200 for second, and $100 for third. Judging will take place at the end of the Parade route from a viewing stand in front of the Post Office. An entry form is required to be eligible for judging. Float and marcher applications are available by emailing the DANA Office at downtownassociates@gmail.com or by calling 508-695-4814. All applications are due no later than Monday, Nov. 15.

The parade will begin at 3 p.m. from the Baptist Common, travel through the center of town and end at Veterans Park in front of Town Hall. There will be no parade viewing beyond Veterans’ Park. Following the parade, there will be holiday music at the gazebo in Veterans Park and Santa will light the town Christmas Tree.

This year’s sponsor of the Tree Lighting ceremony is Box Seats Restaurant. W.H. Riley and Mackie’s Family Restaurant are sponsors of the Classic Car Divisions. Winners of the float competition will also be announced and Santa will be available for “take-your-own pictures” across the street at The Bristol Lodge.

Families will enjoy a festive holiday experience while strolling through downtown, popping in and out of shops/restaurants and admiring the holiday decorations.