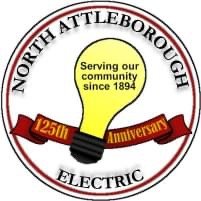 A bird walking across one of the town’s biggest circuits knocked out power to more than 2,600 customers Friday morning, according to NAED Operations Manager Carl Johnson.

Calls began coming in around 10:30 a.m. to report the outages. Many took to social media to ask who had lost power, with residents of several streets—including High Street, Mount Hope, Smith Street, and many others—saying that theirs was out. One joked that it meant no morning coffee. Many praised the quick work of North Attleborough Electric, which restored power by 11:10 a.m.

Johnson said that crews were working to replace Circuit 8, one of 11 running throughout the town. This particular circuit services customers from Landry Avenue to Paine Road.

The circuits have a “closing” system on the breakers that activates when something comes down on a wire, such as a branch. Power is turned off for a moment in the hopes that the object is burned off, then two more times if it isn’t. On the third attempt, the breaker remains open and a crew is dispatched to make repairs.

In this instance, this feature was turned off—known as the non-reclose feature—for the workers’ protection while working on energized lines. During this time, Johnson said a bird landed on the circuit, causing the outage. He added that animals and branches falling on power lines is a common occurrence.

“It was a perfect storm where it all happened when they happened to have it (the non-reclose function) on,” he said.

Crews were dispatched to locate the source of the outage, a process that could have taken a couple hours to complete due to the size of the circuit. But a resident on Columbia Road called and reported a loud banging sound and a flash, which allowed NAED workers to resolve the problem quickly.

“It didn’t affect just one area,” said Johnson. “It was a path through the town.”