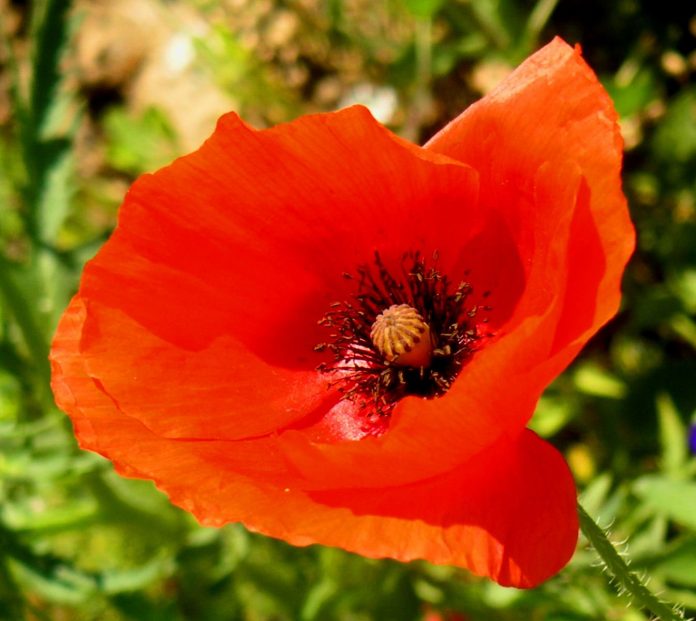 After a year and a half, the familiar site of red poppies has returned to North Attleborough.

American Legion Post 49 held its first in-person poppy sale outside the Dunkin Donuts near Mason Field the weekend of Sept. 18. Another is planned for Nov. 6 and 7 at Shaw’s in the Triboro Plaza and the organization is working on an October date. Members of the Legion offer the red flowers in exchange for a donation of any amount. All of the money raised goes to programs that the Legion runs—Boys and Girls State, the American Legion Junior Baseball Team, and donations to Lenore’s Pantry.

Jackie Follet, a member of the post, said the response was tremendous. People were excited to see the poppy sale return, with one girl saying she used to dress up as one.

“It was well received by the public,” she said. “They (the post members) were getting $20 donations left and right.”

The red poppy is a nationally recognized symbol of sacrifice worn by Americans since World War I to honor those who served and died for the country in all wars. It reminds Americans of the sacrifices made by veterans.

Paul Follet, the post’s finance officer, said the various programs the Legion runs can be expensive. For example, the Boys and Girls State programs, which send high school students to Washington D.C., can run around $2,000 annually.

The last year and a half have been challenging ones for the Legion and other veterans posts. Few held meetings, and some closed down for months during the pandemic. Paul said the post’s bank account was emptied and in dire straits. On one occasion he spend $350 of his own money to send a teen to Girls State. The post had to cut back on its programs in order to remain open.

“We weren’t broke, but so close it wasn’t funny,” he said.

Paul said people were very happy to see the poppy sale return. A few times they would see the Legion members and come back to make donations. One woman had no cash, but went to Dunkin Donuts to buy the group a $20 gift certificate. Follet said it will take time to re-build what was lost, but the recent sale is a good start.

“Every nickel we raise is spent in North Attleborough and nothing is spent on the post,” said Paul. “We give it back. We give every nickel back.”