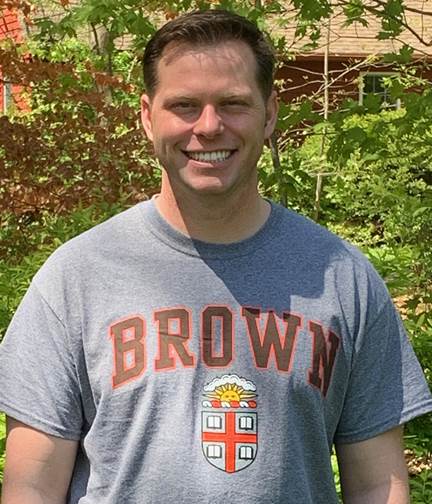 Before studying at MassBay Community College, Josh Dover of North Attleborough never imagined that he eventually would attend an Ivy League university to pursue his bachelor’s degree, but he was recently accepted as a transfer student to Brown University in Providence, R.I. and will begin his studies there this fall.

“I heard that a fellow MassBay veteran was accepted to Harvard University, so that possibility was in the back of my mind throughout my time at MassBay,” said Dover. “I knew attending MassBay could lead to something big. I hope people see what is possible when you put in the hard work.”

Dover grew up in Phoenix, Ari. After graduating from high school, he worked in construction and took classes at a local community college. When the Iraq invasion occurred in 2003, he followed in his father and grandfather’s footsteps by becoming a paratrooper in the United States Army.

For the next 16 years, Josh’s military career included four deployments to Iraq and Afghanistan as an airborne infantryman fighting on the frontlines. A transition to the National Guard, providing training for deploying units at the Joint Readiness Training Center in Louisiana and an overseas tour in Italy.

After leaving the Army he and his wife, Laura, moved to her hometown of North Attleborough, once again joined the civilian workforce, and decided that he wanted to go back to college.

“My friend had attended MassBay, and he spoke very highly of it, so I decided to give college another try,” said Dover. “I heard it was a veteran-friendly college and the Veteran Coordinator at the time, Marie Hahs, helped me with all my paperwork and walked me through the enrollment process. I was surprised by, and thankful for, all the resources and supports that were available to me at MassBay. Everyone is willing to help and is such a positive influence. I came to MassBay thinking that I was going to study business until I met my English Professor, Jeanie Tietjen. She really challenged me and got me thinking about my future, which is what I was missing in my previous college experiences.”

Dover began his time at MassBay by enrolling in a winter intersession course in January 2020 and became a full-time student in spring 2020. He has made the Dean’s List every semester, was inducted into the Phi Theta Kappa International Honor Society, and has maintained a 4.0 GPA. He will graduate with his Associate in Science: General Science degree later this month and will transfer to Brown to pursue a bachelor’s degree in math and physics in the fall.

“I would not have reached this point without everyone’s support including my professors, Karen Akukwe and Sean Fortney in transfer advising, and my wife—it was a team effort,” said Dover.