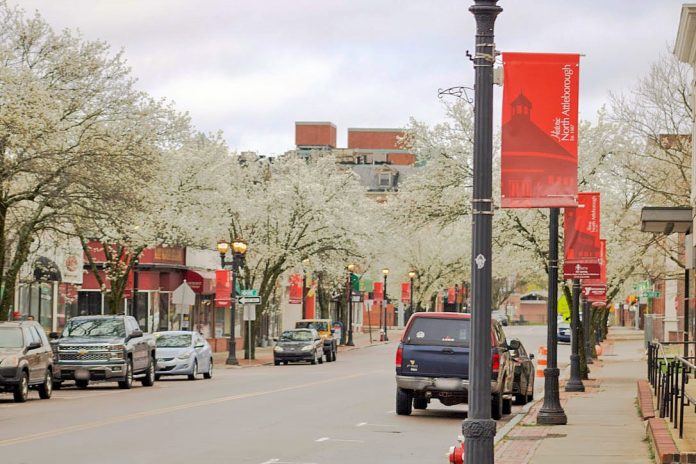 This weekend, the downtown area will be alive with music, artist showcases, and much more as businesses join to support one another.

Dubbed the Downtown North Attleborough Week, it began on Monday and ends on Saturday, June 5. Greater Attleboro Small Business SWAT Team founder Geoff McGeehe organized it to help the town’s businesses as the final COVID-19 mandates are lifted. Matt Slobogan—owner of The Preservation Framer—has been active in promoting the week and its many events online.

During the week members of the SWAT team have been patronizing downtown business each day, from Northworks down to the Havana Cafe. Formed during the pandemic, the team chooses one business to help and its many members go there, providing a vast increase in customers.

An event page has seen a strong response, with almost 700 people indicating that they plan to participate. Slobogan said that this shows the community’s interest in its downtown area, adding that the week after Memorial Day is typically a quiet one. Many of the businesses are offering discounts throughout the week, and one need only mention “Downtown North Attleborough Week” to take part. This includes a percentage off at hair salons, restaurants, and retailers. There is also a contest with a prize of $500 worth of local business gift cards.

“I think it should be a pretty strong turnout,” said McGeehe. “It should be pretty good.”

On Saturday artists will lend their talents to supporting these local establishments. From 1-5 p.m., The Unlikely Strummers, a traveling ukelele band, will perform at different locations in downtown. Elizabeth and Ben Anderson, a brother/sister Scottish fiddle and cello duo, will play outside the Preservation Framer in the late afternoon.

“I’ve worked with them for years,” said McGeehe of the Andersons. “They have some chops now for sure.”

The human statue A Silent Soapbox, known from appearances at the Attleboro Farmers Market, will be on hand as well. Preservation Framer will have an artist showcase, and McGeehe said that Habibi’s Middle Eastern Kitchen will have a belly dancer perform in the evening.

The effort to support the downtown area began several weeks back with a series of Facebook posts that shared stories from the owners of how they adapted their business during the pandemic as well as how it felt to reopen. Slobogan coordinated the interviews, and local photographer Derek Cameron took photos of the owners.

Slobogan said that the mood among the owners is cautious with the recent news of the mask mandate being lifted, but there is excitement as well. He said that this week and Saturday’s event will show a different aspect of North Attleborough.

“I know the community has a vested interest and they’ve shown it through their support at Preservation Framer alone,” he said. “I think we pushed it on the week we really needed it.”

For more information on the event, the discounts being offered, and the contest, visit facebook.com/DowntownNorthAttleboro.