It was in the autumn of 1921 that two high school football teams first met, setting the stage for a friendly rivalry that would last the decades.

This Saturday, supported by proud parents and the community, North Attleborough and Attleboro will return to the field for the first of two games to commemorate this Thanksgiving tradition.

The North Attleborough Red Rocketeers and Attleboro Blue Bombardiers will face off on April 24 at Community Field for the ‘Century Game.’ This is one of two games to mark the rivalry’s 100th anniversary, with the first being a commemoration of the competition.

Due to the pandemic, last year’s game—in fact, the entire football season—had to be delayed, which led to this event being planned. In addition to the Century Game, there will be a second game played on Thanksgiving of this year at the Tozier-Cassidy Field at Attleboro High School. Athletic Director Kurt Kummer said that this will technically be around the 106th time the two teams have played, as they were in the same league for a brief period.

“Like their brethren in 1921 who kicked off the first century of Attleboro vs. North Attleboro football, the Class of 2021 will usher in the second century of the rivalry by competing during the spring of their senior year,” a statement on the game read.

Kummer said that when the pandemic forced the delay, the two sides worked together to plan a new event. They decided that Attleboro should still host the 100th game in 2021, and the Century Game would take place in North Attleborough.

“At first, everybody was very disappointed,” said Kummer. “We didn’t know what was going to happen We all got together in December and worked out a program that we’d play and turn it into a dual contest for the 100th game.”

Varsity Football Coach Donald Johnson said it was hard for the team to have the season and the 100th game taken away from them last year.

“Now it’s like a Superbowl week,” said Johnson. “Our first goal was to win the Hockomock League Championship. We were totally focused on that, and we did that. Now it’s like a second season and the kids are focused on being a part of history.”

Johnson added that playing in this game gives the team a sense of belonging to something bigger than themselves, a chance to give back to the community that has offered such support over the years. In pre-pandemic times, the stands would be packed with people in red shouting encouragement to the team at all of their games.

“They’re (the team) able to enjoy this due to a lot of hard work,” said Johnson.

Kummer added that being a part of this game makes the team part of a long line of athletes to be a part of this special game. He said that they’re getting into the game mode and are very focused.

“It’s really like any other game, but more intense,” he said. “They get really focused and really prepared and out of their way and they focus on Attleboro.”

Johnson has been the coach for 38 years, 12 of which as head coach. He also played for North Attleborough as Number 2, as did his sons.

“It was special, you felt the enormity of the game,” he said. “Some guy now is wearing my number, you feel that extra pressure to play well on that day.”

North Attleborough recently celebrated both an undefeated season and winning the Davenport Division Championship of the Hockomock League following a last-moment win against Foxboro. This earned the team a bye week, and Johnson said they have been training hard to prepare against Attleboro. In 2019, North lost the Thanksgiving Day game and suffered some injuries to the players. Johnson said that overall, North as more than 60 wins and around 30 losses, with a second half of the century going their way. In recent years, however, he said it has been anyone’s game.

“It’s a whole different atmosphere when we play,” he said.

Johnson said that Attleboro’s advantage is in their strength and running capability. It proved a decisive advantage in 2019, and so the team has focused on weight training. When the season was delayed and access to the gym not possible dude to COVID restrictions, a makeshift gym was established in a maintenance shed. Johnson said the restrictions mean a limit on the number of players on the roster, which has led to some of injuries. In addition, 11 players had to be quarantined due to potential COVID exposure. However, this is a challenge that other schools are facing, and it touches on an important lesson.

“One of the great lessons in football is you’re gonna get knocked down and you need to get back up,” said Johnson. “It’s been the message that there’s only so much you can control. How hard we work every day reflects that attitude and the effort from the kids has been phenomenal.” 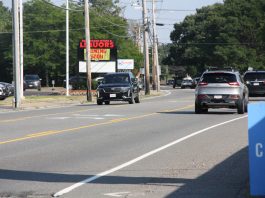 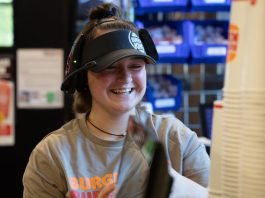 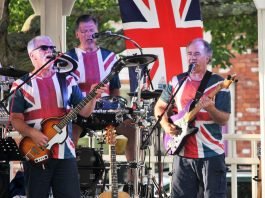