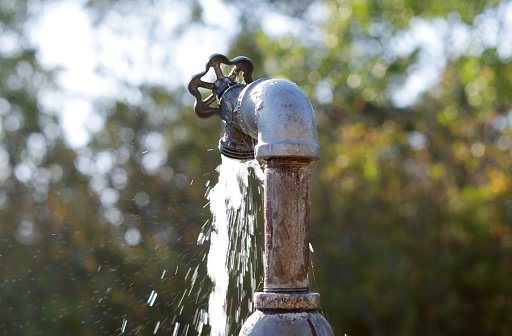 Following a testing for man-made contaminants, three wells in North Attleborough have been shut down.

Department of Public Works (DPW) Director Mark Hollowell said the shutdown occurred in December after new regulations were released in October by the state Department of Environmental Protection (DEP). Two of the wells are on Kelley Boulevard, and the third is on Adamsdale Road.

Hollowell said the substance—used in mosquito spray and a type of firefighting foam that is no longer employed—found in the wells is just above the limit of 20 parts per trillion (ppt) and poses no immediate risk. A second set of tests is planned to confirm the results. Hollowell said high concentrations have been found near military bases such as Devens.

Hollowell said testing of the town’s nine wells was done through a grant from the DEP. Such work is usually done in April, but the grant allowed them to test early. Once the test results showed the concentrations of this chemical, the wells were immediately taken offline and will remain so until the situation is resolved.

“This is something the [DPW] board plans to roll out in the next month ago,” said Hollowell. “We want to make this public.”

The substance found in the town’s wells is part of a group of Per- and Polyfluoroalkyl Substances (PFAS). According to information presented by the Association of State Drinking Water Administrators (ASDWA), this class of chemicals started to get publicity in 2001-2002 due to water contamination from the Washington Works Plant in West Virginia.

In 2009, EPA established provisional health advisories for PFOA at 400 ppt and for PFOS at 200 ppt, according to the ASDWA. These two substances are in the PFAS group. Those two numbers were the benchmark at that time, even though an EPA health effects review was underway.

Due to what appeared to be relatively low national occurrence, EPA released revised advisories for individual and combined PFOA and PFOS levels of 70 ppt in May 2016. This reduction significantly increased the number of water systems impacted. The new regulations lowered this limit to 20 ppt in Massachusetts. Hollowell said testing for these substances has been done in the past, but that it fell below the older regulations.

The process to address this has just begun, and Hollowell said the public will be informed as to the different steps planned. It’s estimated that to alleviate this issue will cost between $4 and $10 million. There other options, such as blending the Kelley Boulevard wells with others to bring the concentration down. Hollowell is also looking into a grant to cover the cost of the work needed for the Adamsdale well.

Each well produces 1 million gallons a day, said Hollowell, and to have three closed will likely have an impact on water use, which may call for more stringent restrictions in the summer. Costs will be covered through water rates, and Hollowell said this could lead to an increase. More information will be provided once the follow-up testing is completed and a plan is devised.

“We’re working through the next steps with the DEP and the town,” said Hollowell. “We’re moving quickly on addressing it.”

LETTER TO THE EDITOR-Tremendous thanks for years of support of Supply...