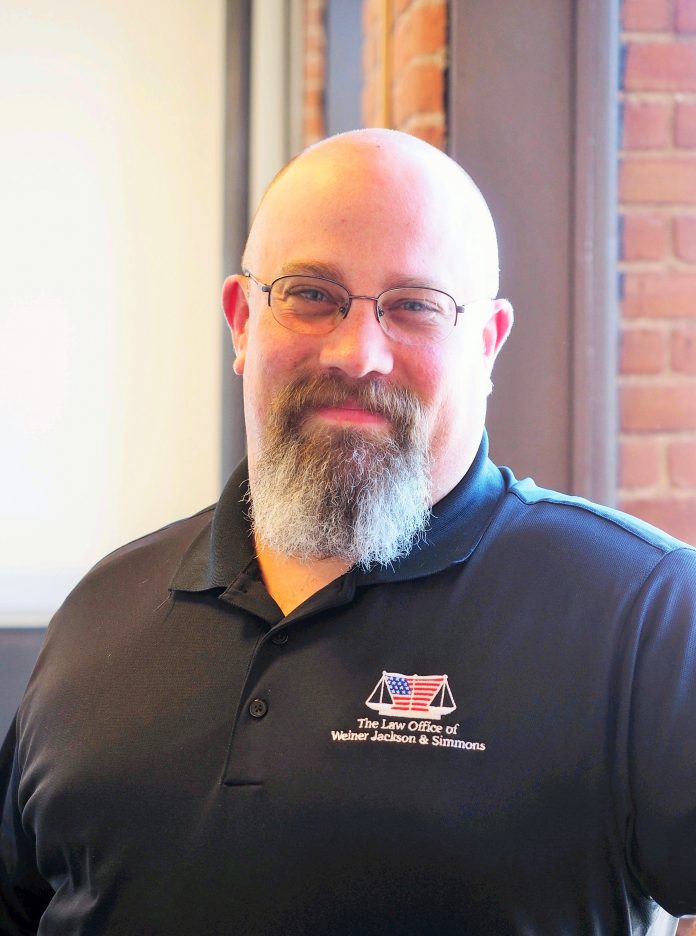 I look forward to seeing John Simmons as our next State Representative. I’ve known John and his family for quite a few years now and I witnessed John’s determination as he trained for over four years to earn his Black Belt. His son Jack is a Black Belt and his wife is working towards earning a Black Belt. He’s been a great example to both of them that if you work hard you’ll reach your goals. He’s shown that if you are consistent, polite and loyal that good guys can win. I’m excited to have someone with such integrity represent us at the State House.

John Simmons has a strong dedication to the community

I am in the fortunate position of having John D. Simmons as my close friend and business partner. I feel so strongly about John’s ability to serve the community that I offered to run his campaign to become the State Representative for the 14th Bristol District Community involvement, volunteerism and civil engagement already play a huge role our lives, both individually and as a firm. John’s candidacy is a natural extension for him .

As his business partner, I see a side of John that many do not. He is fiercely protective of his friends, family and community. He is the first person to offer help or advice. He recognizes that while some things are truly worth fighting for, it is rarely productive to speak for the sake of hearing your own voice. John prefers to get things done by agreement rather than force. He is a workaholic who stays late most nights so that no call or email goes unanswered. He is the first to quietly and without recognition volunteer his time, money and legal expertise to support the community. He has been actively involved in scouts, coaching local teams, the Masons, and North Attleboro/ Plainville Rotary.

John is one of the smartest people that I know. He analyzes issues on a level that most people do not, yet he is also one of the most low key and least pretentious people that you’ll ever meet. John trusts his instincts yet understands that there is sometimes need for additional reflection or deeper investigation, especially of opinions contrary to his own.

John’s life experiences, as an attorney, small business owner, member of Town Council, husband and father motivate him to serve the community; he is the person that he seeks to represent giving him perspective on what is practical, reasonable and accomplishable.

We will all win with John D. Simmons as our State Representative.

You can tell a lot about a person’s character by the people that they surround themselves with. John has an incredible wife and two amazing children. John’s business partner is also a very genuine and caring influence who helps John be the best version of himself that he can be.

I personally hope that our district voters look beyond the yard signs, instead looking into the candidates life experiences, duty to their country, their professions, and the absolute paramount way to judge a persons true character and ethics- learn about the loving family this candidate has helped create. You will be hard pressed to seek out a more devoted husband and father. John wins on all measurable contests.

When I really think about who out there are true public servants, John is first on my list.

Happenings Around the community