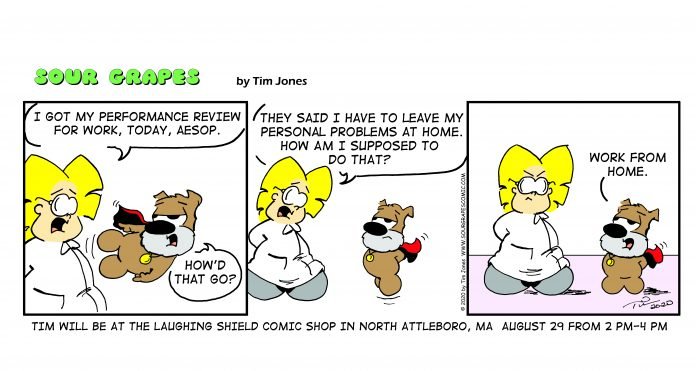 Sour Grapes is a comic published in the North Star Reporter and more than two dozen other newspapers in Massachusetts, Rhode Island, California, and Texas.

Tim Jones is a self-syndicated comic strip artist from Rhode Island where he lives with his wife and two daughters. Cartooning for over 20 years, he created his comic strip, Sour Grapes, in 2013. Tim is a member of ARIA (Association of Rhode Island Authors) and a member of The National Cartoonists Society.

Restaurant Day will not be held this year

Restaurant Day will not be held this year

Performers give look at upcoming musical