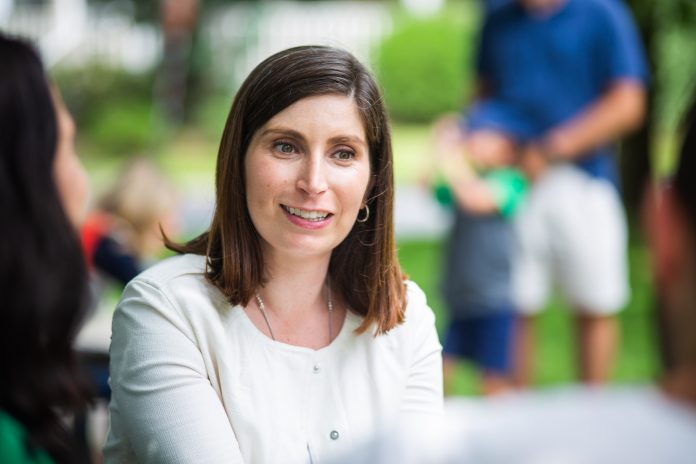 Jesse Mermell has received a number of endorsements recently, including a member of the Democratic State Committee.

Committee member Prerna Jagadeesh of North Attleborough is among many to offer their support for Mermell, who is running for Massachusetts’ Fourth Congressional District. In a press release from Mermell’s campaign, Jagadeesh said that as a woman of color and young person, she wants the next representative to fight for progressive policy and offer detailed plans on how to help the district.

“Of all the candidates, Jesse Mermell best combines strong progressive and activist credentials with detailed plans and a history of fighting hard for justice and equity,” said Jagadeesh. “Her experience in both government and advocacy work gives me faith that she won’t back down from the hard fights in Congress and her broad support from elected officials across MA-04 shows that she can build coalitions and bring people together. I’m proud to endorse Jesse Mermell.”

Mermall has earned the endorsements of the 4,000-member International Union of Painters and Allied Trades District Council 35 and 12 additional local leaders from Norton, Easton and Brookline. The Painters are Mermell’s 21st union endorsement, collectively representing 269,000 workers – the most labor union endorsements of any candidate in the 9-person race. She has also now been endorsed by 75 current and former elected leaders throughout the District.

“Elected officials, labor unions, and progressive organizations are uniting behind my candidacy because they know that I’m the proven progressive in this race who has been fighting for economic, social and racial justice my entire career and will do the same in Congress,” said Mermell. “I look forward to working hand-in-hand with these leaders to take on Donald Trump, stand up for workers and lead an equitable recovery to COVID-19.”

“Jesse Mermell has stood on the side of workers her entire career – fighting for Paid Family and Medical Leave, a higher minimum wage, earned sick time, equal pay and more,” said Jeff Sullivan, Business Manager & Secretary Treasurer. “We know that she will continue to fight for us in Congress and will make sure COVID-19 relief benefits workers. District Council 35 is proud to endorse her.”

“Of all the candidates in the Fourth District race for Congress, only one stands above the rest and that is Jesse Mermell,” said Norton Select Board Member Michael Toole. “Her vision and experience are why she has earned my vote. No matter what is the issue: workers’ rights, women’s health she has always been a positive catalyst for change we need here at home and in Washington.”

“I’ve known Jesse for over 20 years, having first served with her in Town Meeting, then with the Massachusetts Women’s Political Caucus and the Alliance for Business Leadership,” said Vice Chair of the Brookline Housing Authority Board of Commissioners Joanne Sullivan. “She represents all that can be good and thoughtful in leadership and government: collaborative, resourceful, innovative and decisive. I am thrilled to support her for Congress.”

Last week, Mermell received endorsements from United Auto Workers Region 9A and Boston Carmen’s Local 589. She has dominated the crowded field with broad support from top progressive leaders and organizations including Congresswoman Ayanna Pressley, former First Lady Diane Patrick, the National Women’s Political Caucus, the SEIU State Council, the Massachusetts Teachers Association, the Massachusetts Nurses Association, IBEW Local 103, the Machinists, and the Coalition for Social Justice, as well as local leaders across the district and state.