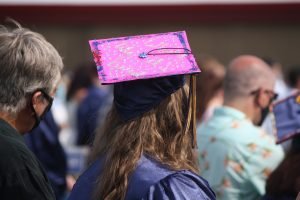 It was certainly a graduation to remember.

As the Tri-County Regional Vocational Technical High School’s Class of 2020 prepared to receive their diplomas, it was often mentioned that the days following March 12 had been unique. Gone were many of the senior traditions, and in their place was distanced learning and time spent apart. But Valedictorian Hannah Davis told them that despite all this, they remained together, standing strong for those who need it most.

“Starting a new chapter requires that we adapt,” she said during the July 25 ceremony. “This virus has kept us physically distant, but we’re still united.”

The 41st graduation was held outside the school, with many changes to the proceedings. Students lined up outside and entered one at a time. Everyone present wore a face mask, and each student could only have two guests. There was assigned seating, marked with a banner-sized senior photo, which they could take home. The title for the ceremony was “Virtually” The Greatest Class of All Time.

Superintendent-Director Stephen Dockray said the graduates made the best of the worst, and kept at it right to the end. He thought back to 2016 when the Class of 2020 arrived and recalled all their highlights, from trips to NASA to bringing home numerous sports titles. He praised the 30 students in co-op work programs who continued to work during the pandemic, helping to support many local businesses.

“You all deserve this moment more than ever,” he said.

David Bento, chair of Tri-County’s School Committee, joked that he opted to keep his speech short for the sake of the hot summer day. His first time at the school was 43 years ago when it first opened, and how it had been a part of his life over the years. He asked the graduates to keep Tri-County in their hearts as they moved on.

Class President Nicholas Davey described his classmates as the sort who push through obstacles and create solutions. He said that the race of life was different than the race of school—that as the years pass, one aches for a return to those younger days. There will be times when one falls and gets dirty and bloody, but Davey told them to always get back up. 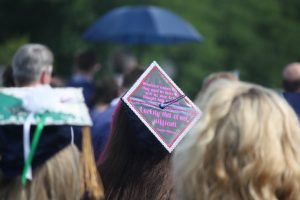 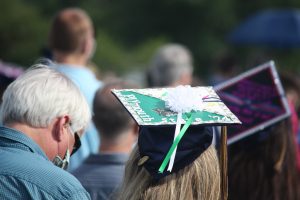 Amvet Boulevard gets a  new principal