Hate has no place here.

These are some of the messages people printed or painted as part of an outdoor event to make signs for Black Lives Matter. Shannon MacCormack, who helped organized it, said this was an important conversation to have in the community. Around 12 people gathered at the gazebo on Sunday, June 14, making signs and learning more about each other. Some were from North Attleborough and others from nearby towns.

“I want to raise awareness for anyone that feels that no one in our community sees them,” said MacCormack. “This can be an isolating experience in our town.”

Bailey Tighe is an educator and has spoken to her students on recent events. She said that one student—who is black—feels like they have to live two lives or watch what they say. Others have been following news on the death of George Floyd and the subsequent protests nationwide, and she has allowed all perspectives in her discussions. She said it was important to give students that space, and she has been in touch with School Superintendent Scott Holcomb to talk further about these issues.

“It’s time for white people to stop considering a commitment and to take action,” she said.

Tighe said it’s important to support anti-racist work and doing more in the community means a great deal to her. When asked about the conversations on social media and how some respond negatively to posts that support Black Lives Matter, she said these come from a place of privilege.

“It does distract from the message,” said Tighe. 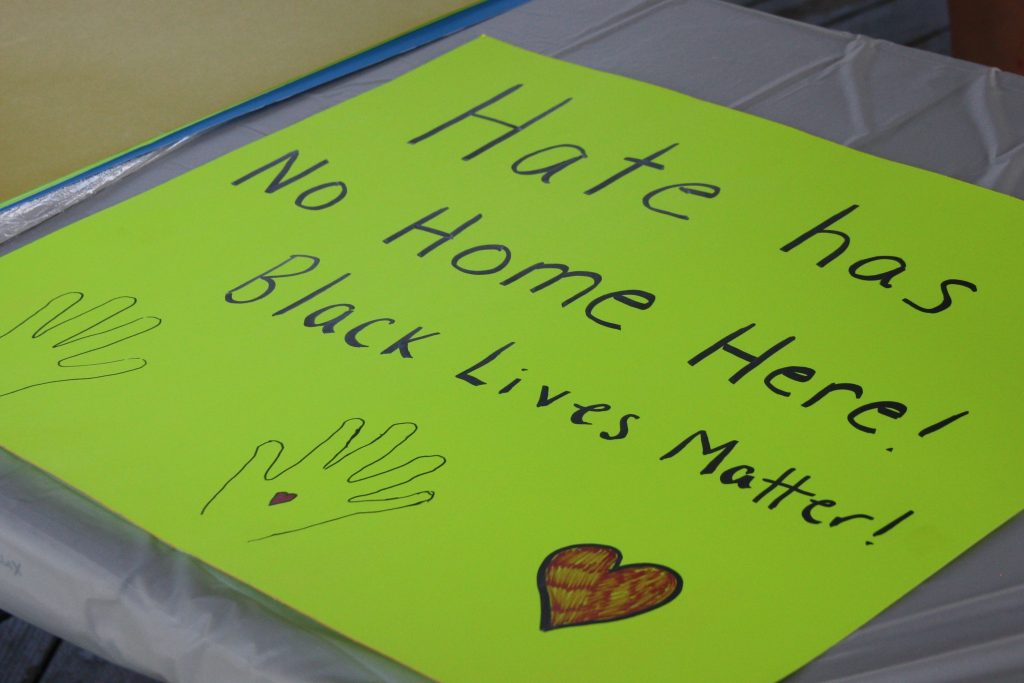 James Waters is a member of the Congregation Agudas Achim in Attleboro, and spoke of one of its beliefs, Tikkun Olan, a concept in Judaism which means “healing the world.” He said it’s everyone’s duty to heal the world, that people need to be kind to one another.

“We can’t ignore people crying out in pain,” he said.

Waters also teaches, and is a biology professor at the Rhode Island College. His students live all over the U.S., and often talk about the protests that they have taken part in. He’s seen a lot of great conversations on social media, and that these need to happen to learn more about the community. But as people post and comment, Waters said they should remember that these are often interpreted as political statements.

Kelsey Gregory—wife of Town Councilor Darius Gregory—was among those making signs, along with her children. She said people can’t just say “Black Lives Matter”—they need to live it. She attended the recent Black Lives Matter protest held in North Attleborough and said it was good to see the town come together. She added that people can’t be afraid to address racism and have the difficult conversations.

“It’s inspiring that the younger generation is speaking out against racism,” she said. 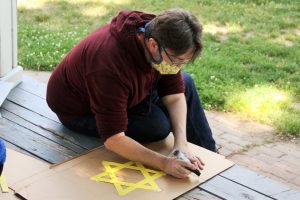 When asked what brought him to the sign-making event, Hal Lieper said “because it matters.” He said that what children are learning in the classroom need to be re-examined, as they’re not always getting the full story. If they don’t know the history, he said, then they can’t address it when the time comes. On the recent protests, he said it was good that people are stepping up and that it needs to continue.

“It needs to be a movement,” said Lieper. “We need to get uncomfortable with our comfort.” 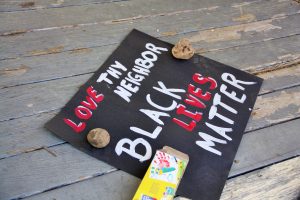 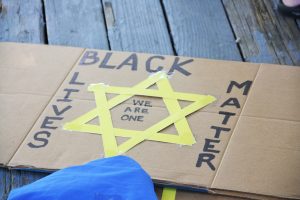 Catholic School students will be in school five days a week...

A look at the four-phase reopening plan

Peaceful protest in North Attleborough shares the need for justice and...

House approves moratorium on evictions and foreclosures during COVID-19 pandemic