One could say football runs in the Fauria family.

Caleb Fauria’s father Christian was a team captain and All-American at Colorado University in the 1990s. He later won two Super Bowl rings across 13 NFL seasons, five of which he spent as a New England Patriot.

Last week, Caleb, a student at Bishop Feehan High School, signed his name to a Letter of Intent to play football for the Buffalos at the University of Colorado. To bring a bit of nostalgia to the day, Christian brought his Buffalo helmet to the signing.

Caleb–a standout receiver and tight end for the Bishop Feehan Shamrocks—is regarded as one of Massachusetts’ Top 10 football prospects in the Class of 2020. In addition, Caleb received offers from 13 other top schools, including LSU, Wisconsin, Mississippi, Boston College, and Iowa.

Caleb and his family visited the school once on an unplanned trip, and a second time that was planned. He said the three of them talked about his decision, but it was one he made on his own. He said the school has a strong family atmosphere.

“Their football is a program on the rise and I’m proud to be a part of it,” said Caleb on Wednesday, Dec. 18.

Christian said he tries to guide his children as much as possible, but not to make the decisions for them. Caleb had said in the past that he wanted to enroll at Colorado, but knew other options may come up.

“I feel like his heart was always there,” said Christian. 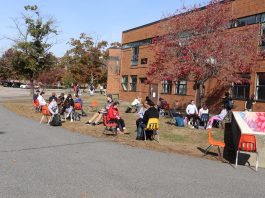 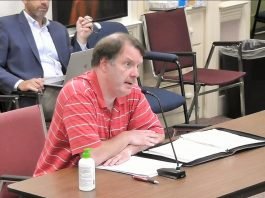