North Attleborough’s downtown is about to get a serious makeover.

The town has received a $2 million grant through the MassWorks Infrastructure Program, which distributes funds for improvements to housing and business districts. Mike Kennealy, Secretary of Housing and Economic Development, said that 92 applications had been sent for 36 available grants.

“It’s hard to get these grants,” said Kennealy at a presentation on Dec. 11. “It’s a great program, but a competitive one. We make sure we use the dollars to benefit the community.”

Director of Public Works Mark Hollowell said that among the plans for the grant are improved access for those with disabilities to businesses on Washington Street. There will also be LED lights installed on the poles, which will be repainted. Benches and bike racks will be added, as will trash cans with solar-powered compactors. He added that crosswalks may be relocated to improve pedestrian access.

“This is very good for our downtown,” said Slobogan in an e-mail. “The business owners have already gotten the ball rolling. I believe that the physical revitalization of our Main Street will be the finishing touches to a new, vibrant, modern downtown North.”

The last time improvements were made to the downtown area was 25 years ago, said Hollowell. The town received a MassWorks grant in 2013 for sewer and water system improvements to the East Street area in preparation for the new 192-unit apartment complex under construction. Work on downtown is expected to begin next summer.

“This is a long time coming,” he said.

Acting Town Manager Michael Gallagher said it was an honor to receive this grant. Before accepting the job of town administrator in 2014, he drove through the town and saw a lot of potential to the downtown area.

Lapointe, Lennox announce they will not seek re-election to Town Council 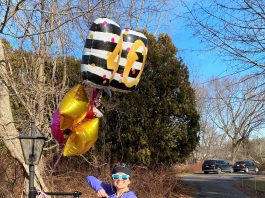 North Attleborough reacts to events and words of Inauguration Day