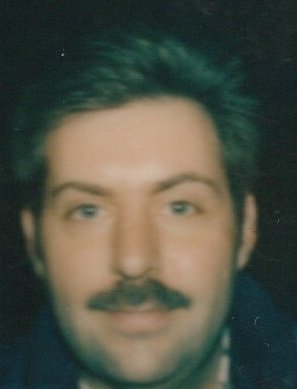 William E. “Bill” Dulude Jr. of Attleboro passed away at the Brockton Veterans Administration Center on Wednesday, July 24, 2019 following a battle with esophageal cancer. He was 60.

A lifelong Attleboro resident, Bill was a landmark in Jewelry City, beautifying lawns and properties with his landscaping expertise through Billdco Landscaping. Winter weather didn’t slow Bill down, as he took to plowing driveways and delivering Christmas trees from Vermont to any and all takers.

A graduate of Bishop Feehan High School Class of 1976, Bill enlisted in the Air Force that fall. He served until 1980 as a senior airman specializing in weapons. He earned his associate’s degree from ITT Technical Institute and worked as an electronics technician after his honorable discharge.

Bill was known for his sharp wit and gregarious nature. No one ever left an encounter with him without hearing his latest joke, often political, always timely. He was just as happy to elicit a laugh as he was a groan. Seldom did he visit a friend or family member without a gift of a plant or rescued shrub to share.

A lifelong Boston sports fan, Bill often listened to his beloved Red Sox and Bruins on the radio, but always found a couch and TV for his six-time Super Bowl champ New England Patriots. Go Pats!

Bill was an avid deer hunter, from his preteen years with his dad and brothers, until later years with friends in Vermont, at a camp he had near his parents.

He is survived by his parents, Willam E. Dulude Sr. and Alice L. Dulude of Canaan, Vt.;  siblings Lynette Laliberte of Riverside, R.I., Jonathan Dulude of Canaan, Vt., Suzanne Dulude-Potter and her husband, James Potter, of Chelmsford, and Jeffrey Dulude and his wife, Mary, of Attleboro; and nephews Gregory Dulude of Attleboro, Timothy Potter of Branford, Conn., and niece Margaret Potter of Chelmsford, as well as many loving friends.

The Dulude family wants to express its gratitude for all the financial and emotional support Bill’s friends and theirs provided throughout Bill’s illness.

Per Bill’s wishes, there will be no services. In lieu of flowers, donations can be made to the food pantry in Attleboro (hyperlink to

http://www.murrayuuchurch.org/food-pantry.htm#howhelp), to the charity of your choice in Bill’s name or by performing any random act of kindness and thinking of Bill.

To send Bill’s family a message of condolence or remembrance, please visit duffy-poule.com