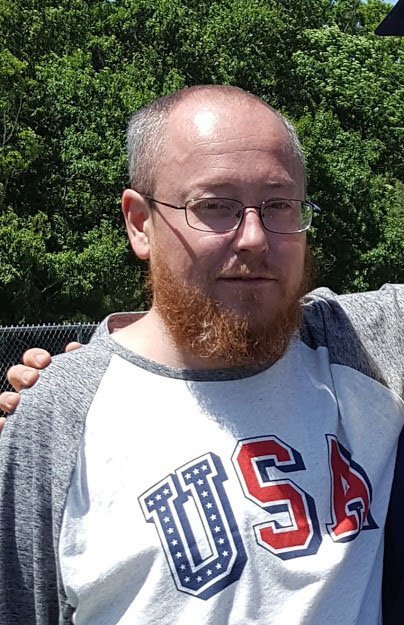 NORTH ATTLEBORO – Michael Thomas Sharp, 34, of North Attleboro passed away on Thursday, May 16, 2019 at Sturdy Memorial Hospital. He was the beloved son of Albert and Mary Ann (Gray) Sharp both of North Attleboro.

He had previously worked at Orfan Auto in North Attleboro and Better Automotive in South Attleboro. He also worked for the Chris Plante Painting Company for several years.

Mike loved New England sports, cooking, fishing and urban exploring. He was a fan of WWE and enjoyed spending time with his family and friends. He had a kind gentle soul with a great sense of humor and was known for always keeping everyone laughing.

In addition to his parents, he is survived by his sister, Malia, her husband Brian Stauffer and their daughter Henrietta of North Attleboro; Grandson of Sylvia Emery of California and the late Herbert and Betty (Granger) Gray of North Attleboro. Nephew of Herbert and Barbara Gray of Rhode Island, Susan Kosturi, and James and Diana Gray of North Attleboro, Keith Sharp and Cindy Hilgenberg of California. Also cousins Christopher, Sara and Lucy Plante, Lauren and Joe Damato and Cameron, Shannon, Spencer and
Mimi Gray and a large extended family. He was nephew of the late Elizabeth Roberts and cousin of the late Jeffrey Plante.

To sign an online guestbook for Mike, please visit www.sperry-mchoul.com.