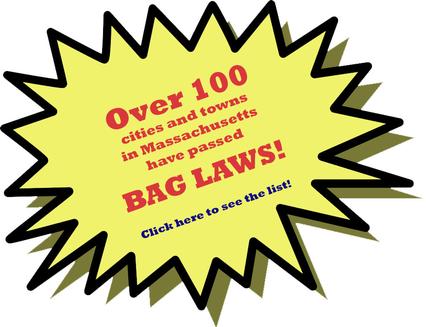 North Attleborough may be the next community to ban single-use plastic bags at retail stores.

Article 13 on the annual Town Meeting warrant calls for a bylaw amendment to stop these bags being “distributed, used, or sold for checkout or other purposes at any retail establishment within the Town of North Attleborough.”

In a written response to questions submitted by the Reporter, Greg Weishaar, one of the petitioners for the article, said the reason for drafting it was the mess the bags make when they’re thrown on the streets, parks, and sidewalks, the inability to effectively dispose of them, and negative impact on wildlife. The language used in the proposed bylaw is similar to other towns that have adopted one.

“We hope to partner with the town in the year leading up to the enactment date of 7/1/20 to use a variety of communication methods to ensure residents are prepared,” wrote Weishaar.

Thin-film plastic bags used to contain dry cleaning, newspapers, produce, meat, bulk foods, wet items, and similar merchandise would still be allowed under the proposed amendment. Customers would be encouraged to bring their own reusable or biodegradable shopping bags, and these could also be provided by retail establishments.

The Board of Health and the town’s Health Agent would be responsible for enforcing the new law, with non-criminal citations and fines in the amount of $50 and $100 being administered for violations.

Board of Health Director Anne Marie Fleming said that the board supports such a ban as a way of curtailing litter in town, but believes more outreach on the change would be needed.

“Our concern is there’s no educational component of it,” said Fleming. “People need to change habits, not just the kind of bags that they use.”

On the subject of education, Weishaar wrote that the cost of implementation was under $1,000 in other towns that adopted such a bylaw and most businesses voluntarily complied with it.

“The public will need to be educated to prepare for the transition,” Weishaar wrote.

Fleming said she spoke to the Mansfield Health Department on this, as the town recently approved its own ban on plastic bags. She was told that implementation of the plan was that town’s biggest challenge. In North Attleborough, there are over 200 businesses that the Board of Health oversees, which doesn’t include retail stores. She said  enforcement would likely done as part of regular inspections, as there is not enough staff available for extra checks.

“It grieves me greatly to see plastic bags by the side of the road,” said Fleming. “We need to change the behavior.”

The new bylaw would take effect 12 months after approval at Town Meeting, and the Board of Health could exempt a retail establishment for up to six months if it was determined that the ban would “cause undue hardship” or if more time is needed to use up an existing inventory of single-use checkout bags.

According to the site Massgreen.org, 114 towns and cities have approved such bans, including Attleborough, Mansfield, Melrose, Natick, Newton, and Salem.

This site uses Akismet to reduce spam. Learn how your comment data is processed.